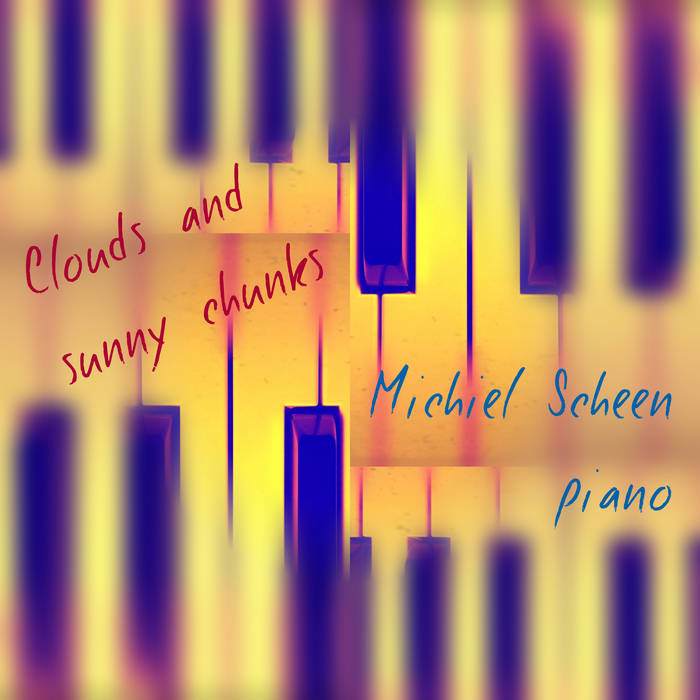 Michiel Scheen (1963, Amsterdam), since the 1980’s, worked with many musicians throughout Europe, the USA and Canada. In 2012 he joined Raoul van der Weide (contrabass) and George Hadow (drums) in The Blue Lines Trio. The Blue Lines Sextet, with Ada Rave (saxophones), Bart Maris (trumpets) and Wolter Wierbos (trombone) regularly extend the line-up of this trio. Scheen also performs with the Jan Nijdam Quartet and as a duo with saxophonist and clarinettist Tobias Delius.
Scheen’s work has been described as: “Odd twists and sharp angles, post-Monk, post-Mengelberg even” (Frances Davis, The Village Voice, 2004).


"The at the same time staccato and lyrical approach by one of the most authentic Dutch jazz pianists is heartwarming and intellectually challenging. His qualities come out even better in solo concerts."
Tim Sprangers (de Ruimte, Amsterdam) - on solo work of Scheen

"The nine compositions manoeuvre between Monk-ish bravoure and pointed lyricism, but the balance is perfect. Scheen is a master in creating space; he not only knows when to play which note, but also knows when to release it, and even when to skip it."
NRC daily newspaper - on "Sphere's works" (Filiaal 3)

"The balance between composition en improvisation and the diversity in composition-models is very well done. Scheen works with coincidence. How capricious his thoughts and music might be, it always got a certain logic and transparency. Scheen is a versatile musician with a strong identity."
JazzNU magazine - on "Contrapposto" (Filiaal 1)

"Most of the pieces are witty little musical puzzles but the erudition is not overbearing."
The Wire - on "Contrapposto" (Filiaal 1)

Bandcamp Daily  your guide to the world of Bandcamp